Posted on May 28, 2014 by undeniablyprincipessa

You won’t believe this but I was the FIRST child to finish the new Horrid Henry book, Horrid Henry’s Krazy Ketchup, in the entire country, well according  to Francesca Simon who I met today. I waited in line, reading while trying to get to the front, but when I was reading the book I laughed so much that I stumbled into a display, not knowing what to do I just acted like nothing happened (I did try to fix it). The stories are: Horrid Henry and the revenge of the bogey babysitter, Horrid Henry tells it like it is, Horrid Henry’s chicken and the final one I guess you know the name. I thought all the stories were brilliant, especially ‘Horrid Henry tells it like it is’ and my favourite part is when he “improves” his *spoiler*. This was the part that made me laugh so much I stumbled into the display! I got a little bit shy and said that Krazy Ketchup was my favourite story when Francesca Simon asked me what story I liked best.

I am very glad that I got to meet Francesca Simon and that she signed my book.

Posted on November 12, 2013 by undeniablyprincipessa

Last week I read Esio Trot and Going Solo. Both books were written by Roald Dahl and they were both good books.

Esio Trot was short but good. It was about a man called Mr Hoppy who was trying to help a woman who he was in love with by helping to make her pet turtle Alfie grow a bit bigger, because that is what she wanted. It was a really good book because Mr Hoppy bought thousands of turtles to help Alfie get bigger, and he replaced Alfie with a bigger turtle of a heavier weight every day, because Alfie only weighed 13 ounces (which is very, very small). My favourite part of the book was when Mr Hoppy recited a back-to-front poem like a magic spell to make Alfie get bigger. Oh, and ‘Esio Trot’ is ‘tortoise’ backwards! 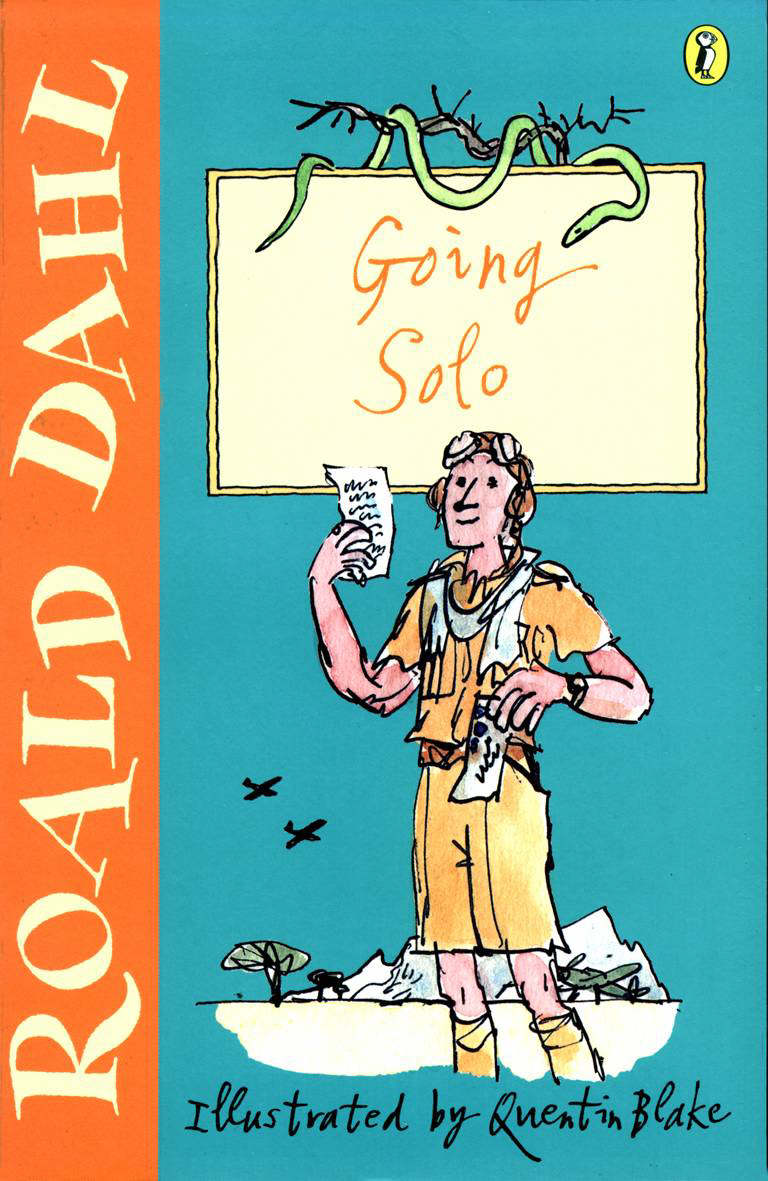 The second book I read was Going Solo. Going Solo is another autobiography, but it was about Roald Dahl in the war. He goes to Africa (I think…) where he prepares for war and learns how to fly. He talks about different snakes like the black mambas and green mambas, and about letters and photographs he sent home to his Mum. Going Solo was a good book, but it wasn’t as good as Boy: Tales of Childhood. This was because I found Boy funnier and because I could imagine myself in the same situations, as Boy was about Roald Dahl’s school days.

Posted on October 25, 2013 by undeniablyprincipessa

The second book I read was Dinosaur Pox by Jeremy Strong. Dinosaur Pox was a good book and even better than The Twits. First I shall describe the parts I liked and didn’t like.

, the first part I liked was when Jodie turned into a dinosaur – a stegosaurus to be exact. The part I didn’t like was when the police force came down chasing her because a person who was pretending to be a doctor wanted her just so he could make money. I didn’t like him because he seemed pretty evil. The second part I liked was when Jodie’s brother Mark saved her by breaking into the hospital, taking her out and to some abandoned old shed, because he knew that their house would be the first place the police force would look. The book was funny and exciting, and it had a happy ending when Jodie turned back into a girl and on the TV the person pretending to be the doctor was locked up in the cage that he kept Jodie in. On the cage was a little plastic stegosaurus with a little speech bubble that said “Boo!”

The reason Dinosaur Pox is better than The Twits is because it has more excitement and humour.

Posted on October 25, 2013 by undeniablyprincipessa

This week I read The Twits and Dinosaur Pox. I will not bore you by reading all of details first, however I do have image 1 and image 2 on separate posts of the books . First I will review The Twits by Roald Dahl. The Twits was a good book and this was because of the Twits were playing tricks on each other. The muggle-wump monkeys made the twits disappear for good and the following is how they got rid of the Twits: First, the muggle-wump monkeys, the roly-poly bird and the other birds glued everything to the ceiling. The two pigeons, holding paint brushes covered  in glue, flew over their heads and some glue got on their heads. Soon they thought they were up side down and stood on their heads and got the shrinks and disappeared for good.

Posted in Book review, The Twits | Leave a comment

Posted on October 23, 2013 by undeniablyprincipessa

This week I have been reading a book called Boy, tales of childhood. It is an autobiography on the school years of Roald Dahl. I found it very interesting reading about the writers life. Some of his books were based on his life experiences , for example : his headteacher was a lot less less grouchy than Miss Trunchbull and woah! was she grouchy! My favourite part is the liquorice bootlace lecture because somebody told them they were made of rats and the story was gruesome and funny and the same time! The part I did not enjoy was when his nose nearly got cut clean off his face when the car crashed and when he got punished for something he didn’t do.

Posted on October 13, 2013 by undeniablyprincipessa

In the story there was a peach tree that never grew any peaches and then all of a sudden a big, giant peach grew from it. Soon the peach became James’s home, and he caught 502 seagulls so that the peach could fly. Before then he lived with his two horrible Aunts, Aunt Sponge and Aunt Spiker, and he was lonely, but once he entered the giant peach he made some friends. These friends were giant insects and they travelled with James in the giant peach.

There was interesting vocabulary in the story because Miss Centipede spoke in rhyme. I really enjoyed the rhyming because it was funny and it changed the way I read the story as I sang the rhymes in my head.

Posted in Book review, James and the Giant Peach | 1 Comment

Posted on September 30, 2013 by undeniablyprincipessa

I read all of George’s Marvellous Medicine by Roald Dahl in one day! It was an awesome book because the medicine had some crazy effects! My favourite character is George because he is creative like me. My favourite part is when George begins to make the medicine and my favourite thing that he put in was flea powder and this is what the label said:

FLEA POWDER FOR DOGS. WARNING: KEEP AWAY FROM THE DOG’S FOOD BECAUSE THIS POWDER IF EATEN WILL MAKE THE DOG EXPLODE.

My reading goal for this term is to find where the writer uses interesting vocabulary. In George’s Marvellous Medicine Roald Dahl writes about some cough pills and the label said:

PILLS FOR HORSES WITH HOARSE THROATS.

This is interesting vocabulary because horse and hoarse are homophones. (I have been learning about homophones in school this term.)

Posted on September 27, 2013 by undeniablyprincipessa

This week for school I read the book Matilda by Roald Dahl. It was a good book. I really enjoyed it. I liked it when Hortensia put itching powder in Miss Trunchbull’s knickers and syrup on her chair. My favourite characters were Miss Honey and Matilda. It was shocking when Miss Trunchbull was Miss Honey’s aunt! But it was very good to see that Matilda used her telekinesis power to get revenge on Miss Trunchbull to get Miss Honey’s father’s house back.